National Coordination Centre
for Resolving the Issues of Violence against Children

It does concern us!

„It does concern us!“ 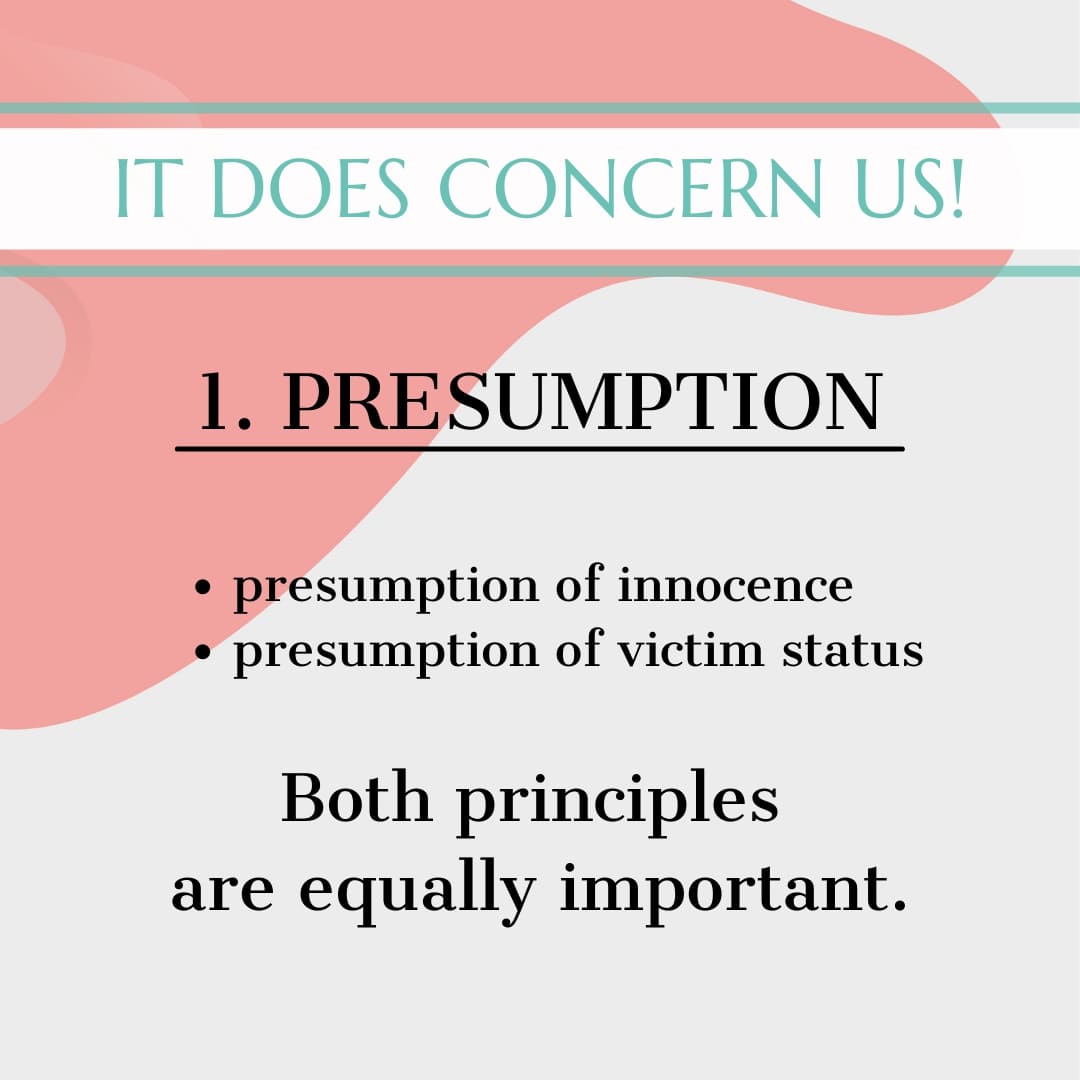 NKS decided to reflect on difficult but although important topic of the approach to child protection and thus appeal to the public, in order to provide support to child victims of violence. Violence itself is hurtful and the pain is often multiplied by the insensitive attitude of the environment and society, when the circumstances of the violence perpetrated on the child are questioned and downplayed. For a child, it is very difficult to experience any form of violence. Experiencing such traumatic events internally is challenging and painful and talking about the experience itself requires great courage and significant support from others. 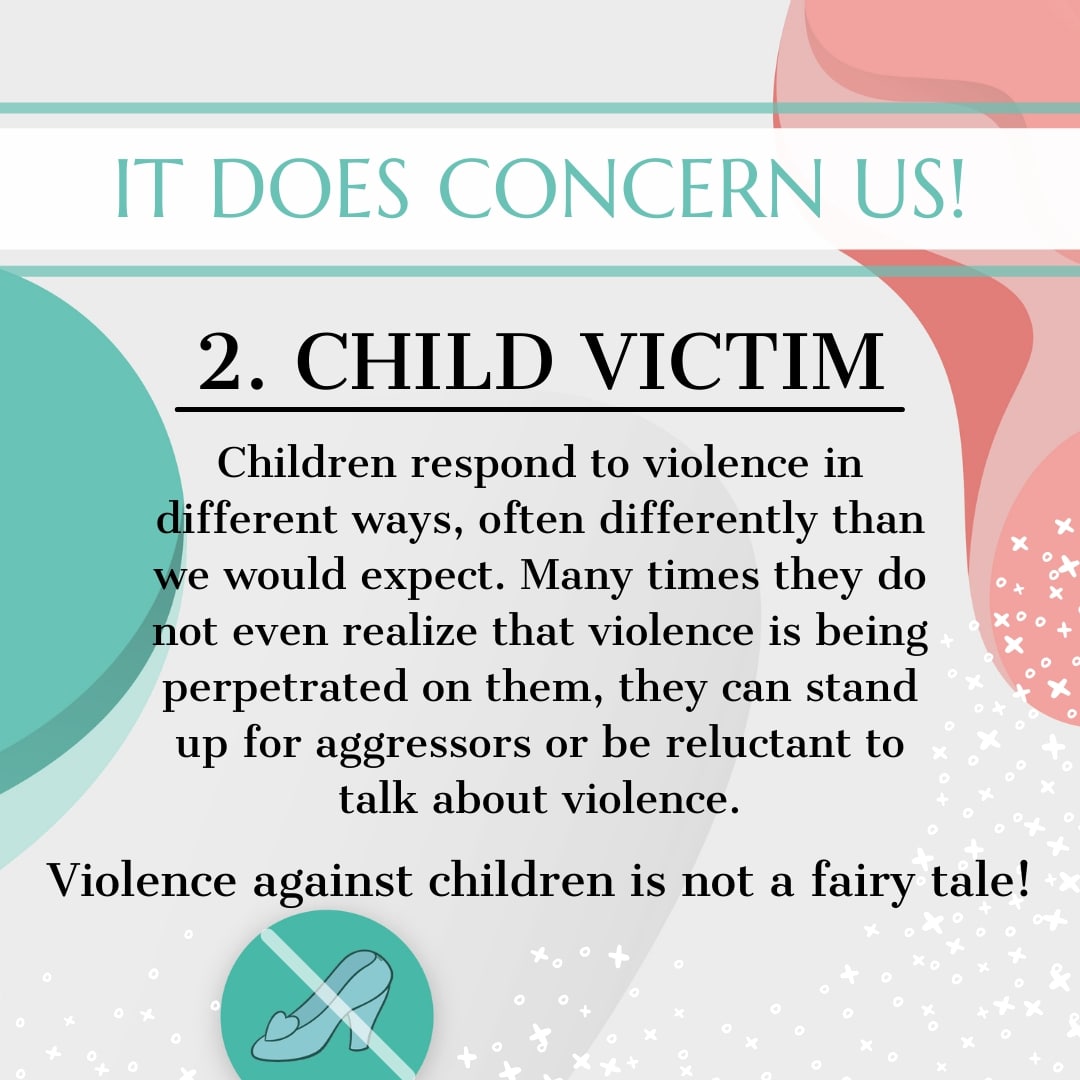 Violence affects everyone, so we should learn to communicate about it in such a way, that in addition to respecting the right to the presumption of innocence, we also respect the principle of the presumption of victim status. When cases of violence are uncovered, people often tend to think that the crime only happened, if it is proven. The responsibility for proof is often placed on the shoulders of the child. At the same time, the principle of presumption of victim status is the right to protection and support of the victim, regardless of whether the perpetrator has been identified or convicted. Children deserve to be heard, understood and need to feel that they are not alone in their problems. Any person claiming to be a victim, shall be considered a victim, until proven otherwise. 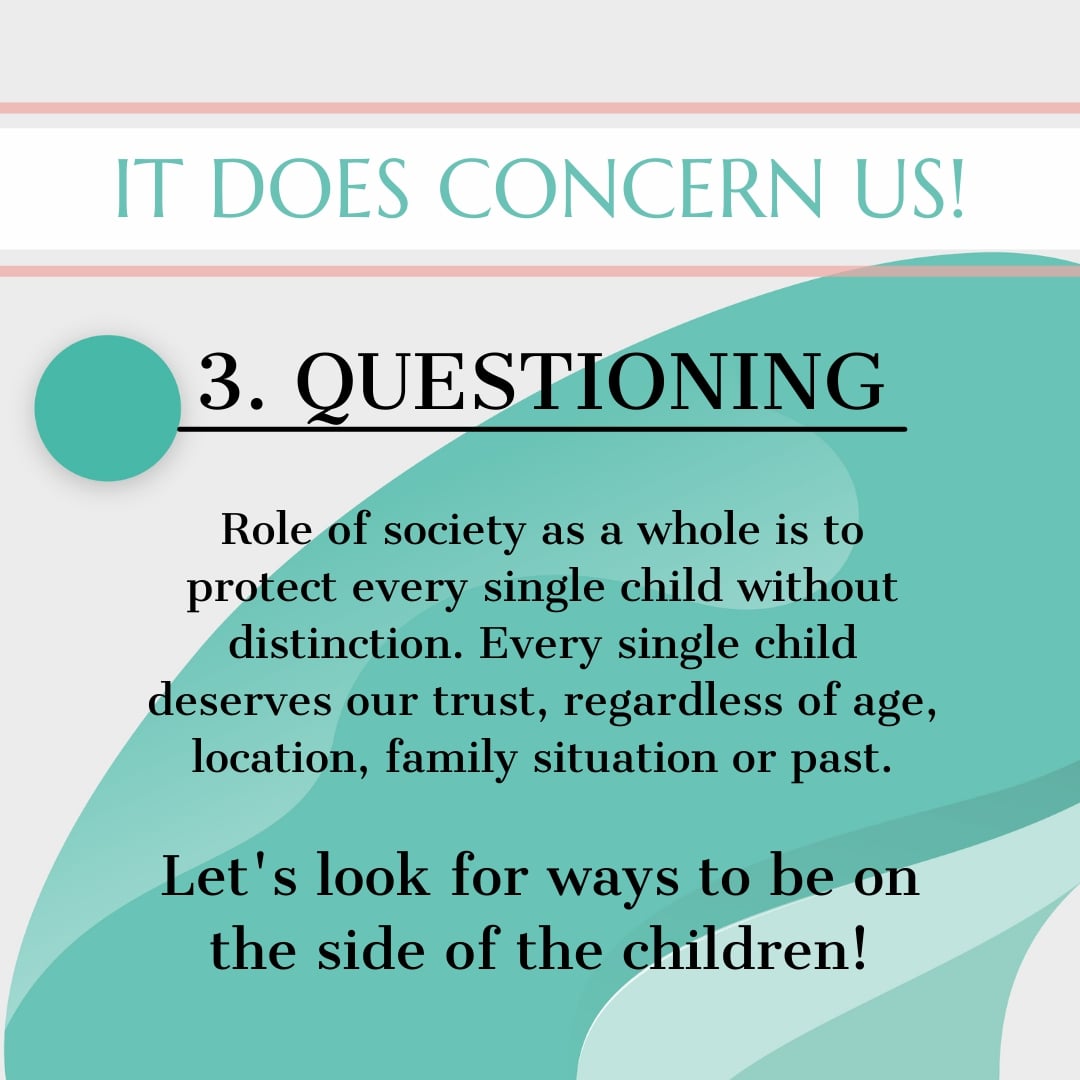 The public's attitude with a tendency to question children and their experiences on the basis of child´s age, past, social environment or even their placement in children's homes and the related harmful assumption that children can plot, reshape or even lie in order to get attention, seems to be extremely dangerous. Such an attitude is unacceptable. If we question child victims of violence, we will continue to traumatize the victim who has found the courage to speak up and seek help, as well as the abused child, who has not yet shared his/her experience. 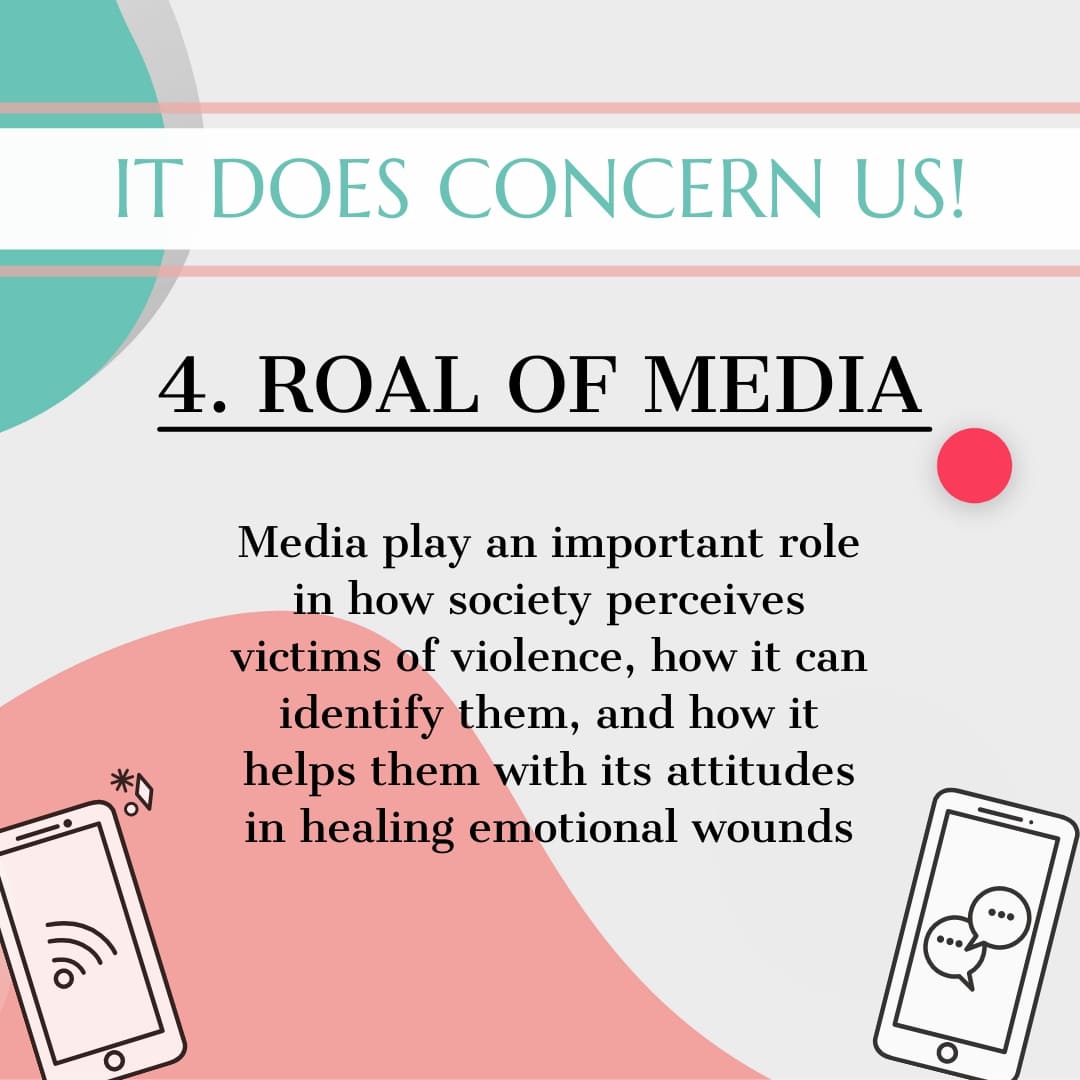 In this process, the media play an important role in how society perceives victims of violence, how it can identify them, and how it helps them with its attitudes in healing emotional wounds. The media also have a huge potential to sensitize the public to the issue of violence against children and to draw attention to shortcomings in their protection. 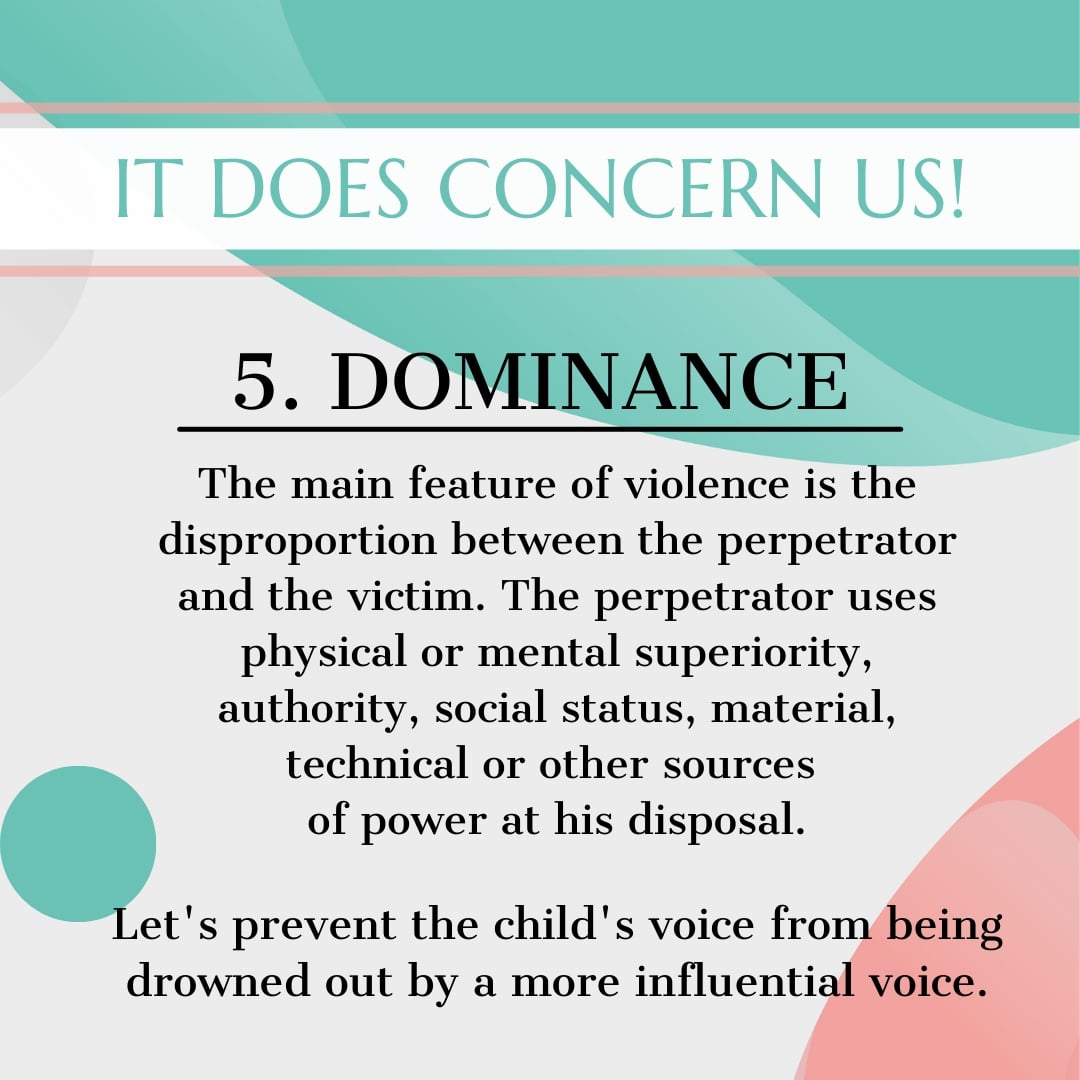 In today's world, the media, social networks and political culture also play a major role in the suspicion of violence, investigations and criminal proceedings. We do not only talk about such influence and dominance, which stands against the child himself, when committing violence, but also afterwards. For example, if one of the parties has media space, money for a lawyer, or a higher social status, it is an advantage over a child, who does not have any of this available. That is why help and protection should be directed first and foremost to the child. Let us not allow a child's voice to be drowned out by a more influential voice.

We care about you

Therefore, we want you to be informed. Subscribe to our newsletter and you will be the first to know about events and news.

By providing an e-mail address, you agree to receive information about news and products via newsletter and you have read the terms and conditions of the Privacy Policy of a National Coordination Centre for Resolving the Issues of Violence againts Children. The National Coordination Centre will act in a manner, that does not contradict or circumvent the law on the protection of personal data or other generally binding legal regulations.

Created with by Media Creative Production © 2021